HOSTEL DIARIES: The whole hostel was as calm as the sea which possesses a calm demeanor. The hostelites were told that no-one should be found celebrating birthday and as first year students, we were strictly told to follow this rule and if we are found violating these regulations, we would be fined 700 rs per head. 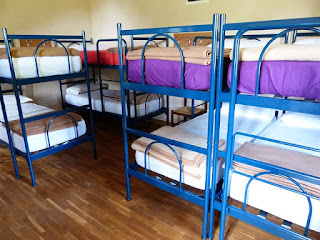 Now the question was how to fool hostel authorities and celebrate our dearest friend Trishala birthday. Everybody gathered for a full-fledged plan. We made almost 3 plans and 2 were put for backup.
When the clock striked 11:45, we decided to approach for washrooms one by one and will enter a common room, thus everyone should be in one place only and nobody will doubt.
Wardens got alarmed as they saw almost 30 girls boarding for washroom in a span of 5 minutes.
Now the next step was to bring the cake silently in room. This task was assigned to khushi, the tom boy of our group. She was indeed a gutsy girl amongst all. She pour the cake from box in a plate and when stopped by warden, she bluntly replied that she had made it for herself. But a birthday without beating your friends is a waste. We shouted happy birthday and then wardens entered at a swift and in a match stick room everybody was running looking for a place to hide. But at the end wardens smiled at our direction and then we celebrated it at the fullest.

Another scene was there when a friend of ours crashed hostel premises after leaving from her home. She did not entered hostel and told her parents that she has landed in hostel. She took a flight from our city to another city where she has an agenda of travelling beyond fears. We were extremely worried for her and here the wardens almost entered in our respective room and told us that they are going to call her parents about when she is getting here and we were scared like hell. Then she told us over phone that she got an illusion that her elder brother is in the same metro. We were spell bound by the events that was happening with us. By the time we gathered at reception and our wardens were making a call, she made appearance and we sighed with a relief. And after sometime we were rolling on the floor guessing what could be the possibilities if she would have got caught.

There was also a funny accident over hostel mess. We were empty stomach due to college interaction so we decided to munch over some bread and we sneak peak inside the mess and there were hundred of paneer there. We were tempted as we were not provided with good food. We ran like professional thieves and stole the paneer. But then we forgot that there was CCTV camera over there. So when it came across our minds, we secretly turned towards CCTV footage room and successfully erased.

Literally hostel based activities can make you smile anytime.